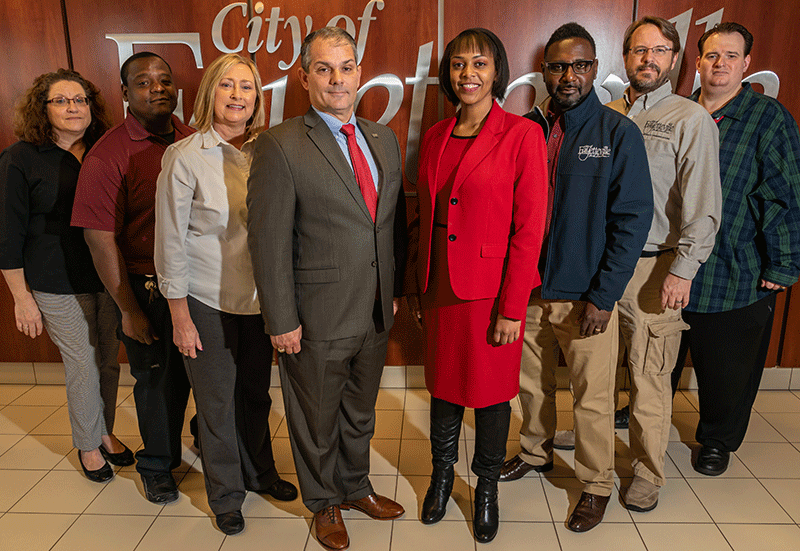 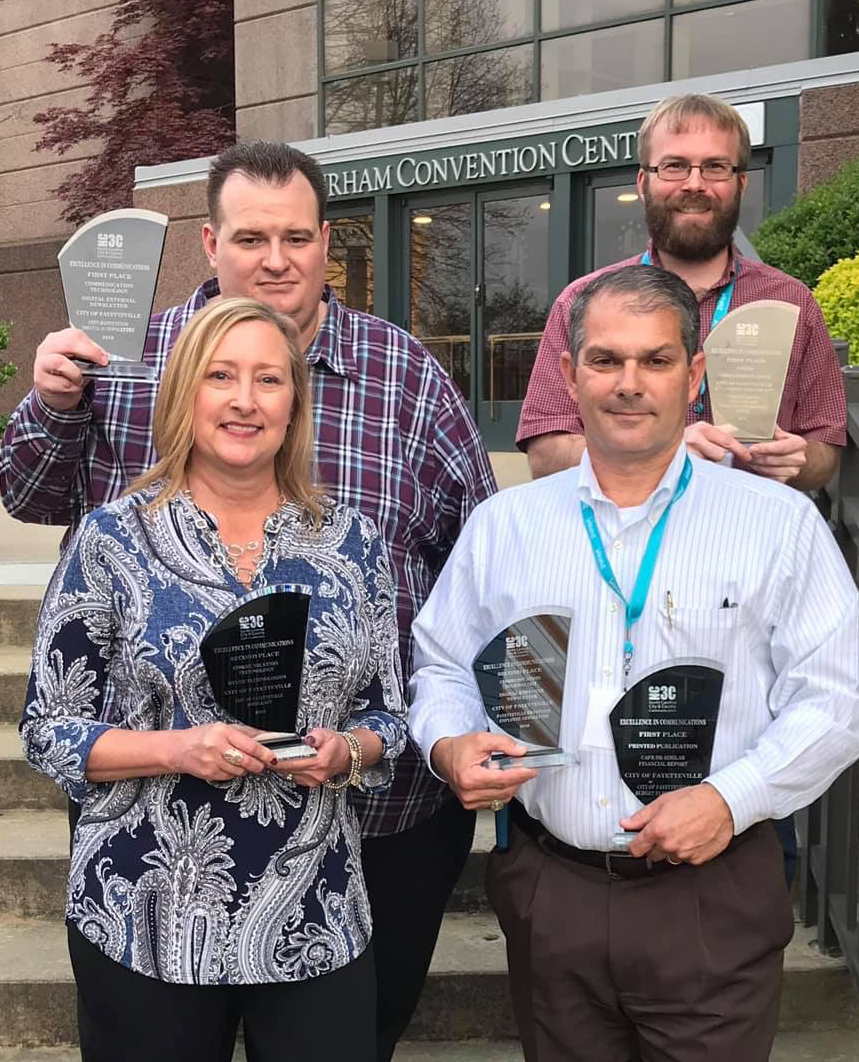 The City of Fayetteville were among 28 North Carolina governments to earn recognition in the 12th North Carolina City & County Communicators’ (NC3C) Excellence in Communications Awards. The Corporate Communications Department won 5 awards, to include the City and County’s collaborative efforts in the Hurricane Florence Joint Information Center, the City's e-newsletter, employee newsletter and mobile app.

The awards were presented Thursday, April 11, 2019 at NC3C’s annual Spring Conference in Durham. A total of 248 entries was received. The local organizations won the following awards:

Judges for the NC3C Excellence in Communications Awards were communication professionals from the Texas Association of Municipal Information Officers and a variety of communications industries across the state.

The purpose of North Carolina City & County Communicators is to encourage professional development and networking among local governmental communications professionals. The organization was formed in March 2007 and is made up of government professional communicators from around the state. For more information about NC3C, visit the website www.nc3c.com. 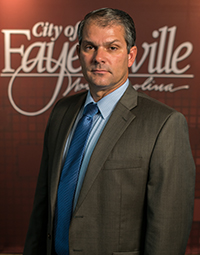 Kevin is the Corporate Communications Director for the City of Fayetteville, where he has worked since April 2015.  He retired from the Army after 29 years of service, just prior to coming to work for the City, with his most recent assignment at Fort Bragg as the Director of Public Affairs for XVIII Airborne Corps and Fort Bragg. He is originally from Hyde Park, New York and has lived in North Carolina since 2010 when he was first stationed at Fort Bragg. He now resides in Fayetteville with his wife.

Kevin’s background is in Public Affairs, the field in which he worked for the last 15 years of his Army career, while the earlier period of his Army time was spent serving as an Infantry officer. He has also been stationed in Louisiana, Kentucky, Georgia, New York, Kansas, Germany, and Virginia, and has served two tours in Afghanistan and one tour in Iraq. He earned his Bachelor of Science degree from the United States Military Academy and his Master of Arts in Speech Communication from the University of Georgia.