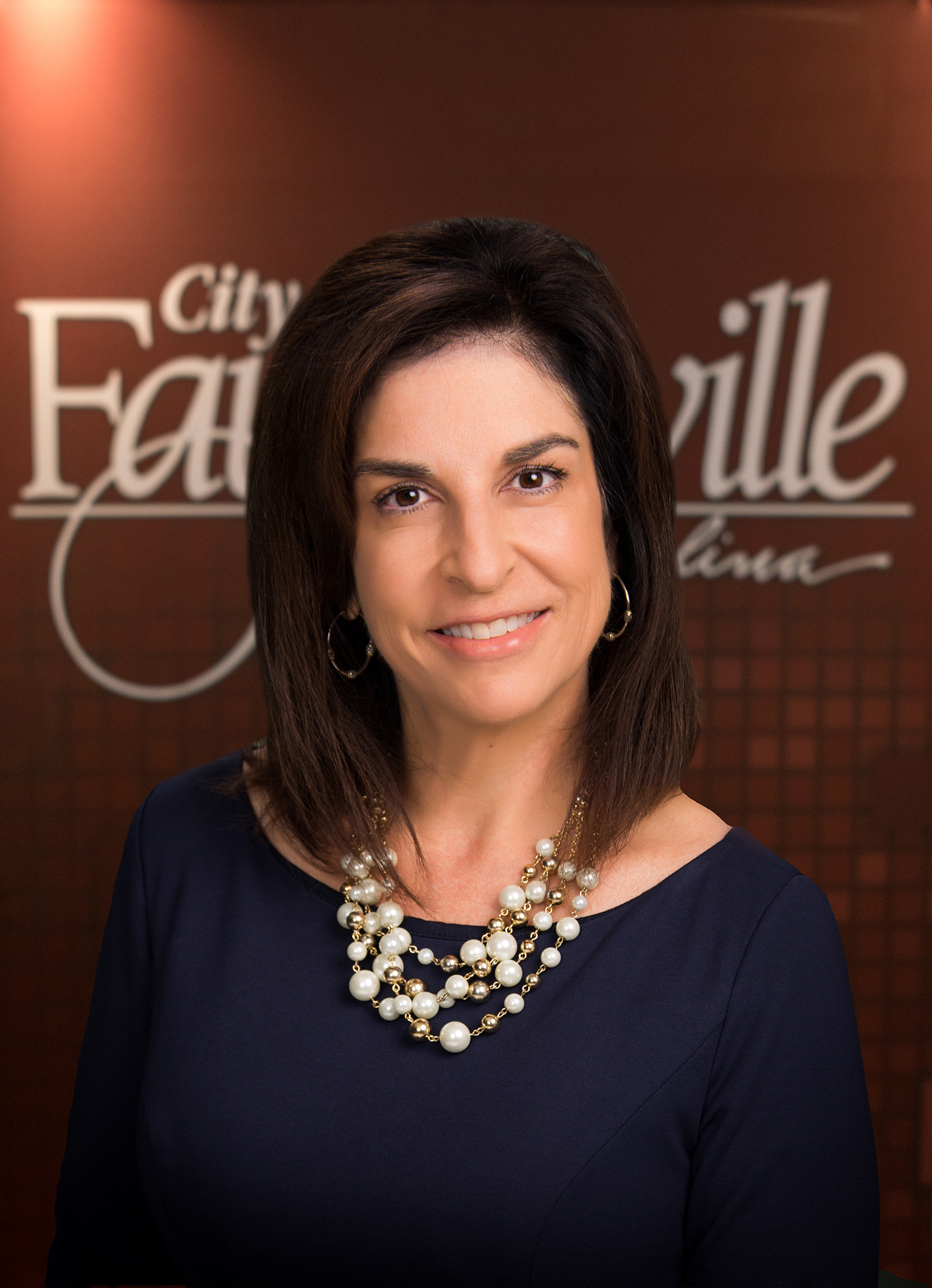 Kathy Jensen was elected to serve District 1 on the Fayetteville City Council in November 2013 and re-elected in November 2015 and November 2017.  She was born and raised in Fayetteville. A 1983 graduate of Pine Forest High School, Kathy went on to East Carolina University and Methodist College to study business. After college, Kathy joined the family business and worked in the retail, property management and financial part of the businesses. In 1993, Kathy married LTC Jerry Jensen and supported him in his military career through Fort Bragg, Germany, Newport, R.I. and back to Fayetteville, her hometown. When they were deciding on where to live, Kathy and Jerry wanted to raise their children where she was born and raised. In 2005, Kathy opened An Affair to Remember Bridal and Formal Wear on Ramsey Street.

The past four years on Council, Kathy has served on many boards and commissions.  Kathy was appointed by the Governor to be on the board of the North Carolina Youth Council. She is also very active in the Fayetteville-Cumberland Youth Council that was reactivated in 2014. Her involvement in other boards and commissions include FCEDC – Fayetteville-Cumberland Economic Development Commission, CVA – Core Value Awards, Gateways and Corridor, 911 Task Force Committee, Cumberland County Crown Coliseum, Fayetteville Police Foundation City liaison, Boards and Commissions nominating committee and chair of the Parks and Recreation Bond committee.

Kathy is committed to her city; she is a member of Saints Constantine and Helen Greek Orthodox Church, the Junior League of Fayetteville, the Military Officers Wives Association and the Daughters of Penelope. Her care and commitment to her neighbors and citizens of north Fayetteville is visible every day.

Kathy and Jerry have five children and two grandchildren. Their children are Jeremiah Jensen of Columbia, S.C., Jillian Jensen Jez of Black Hawk, S.D., and Jake, Josh and James of the home.

Free viewers are required for some of the attached documents.
They can be downloaded by clicking on the icons below.