The Commission meets on the second Thursday of each month, 5:30 p.m. 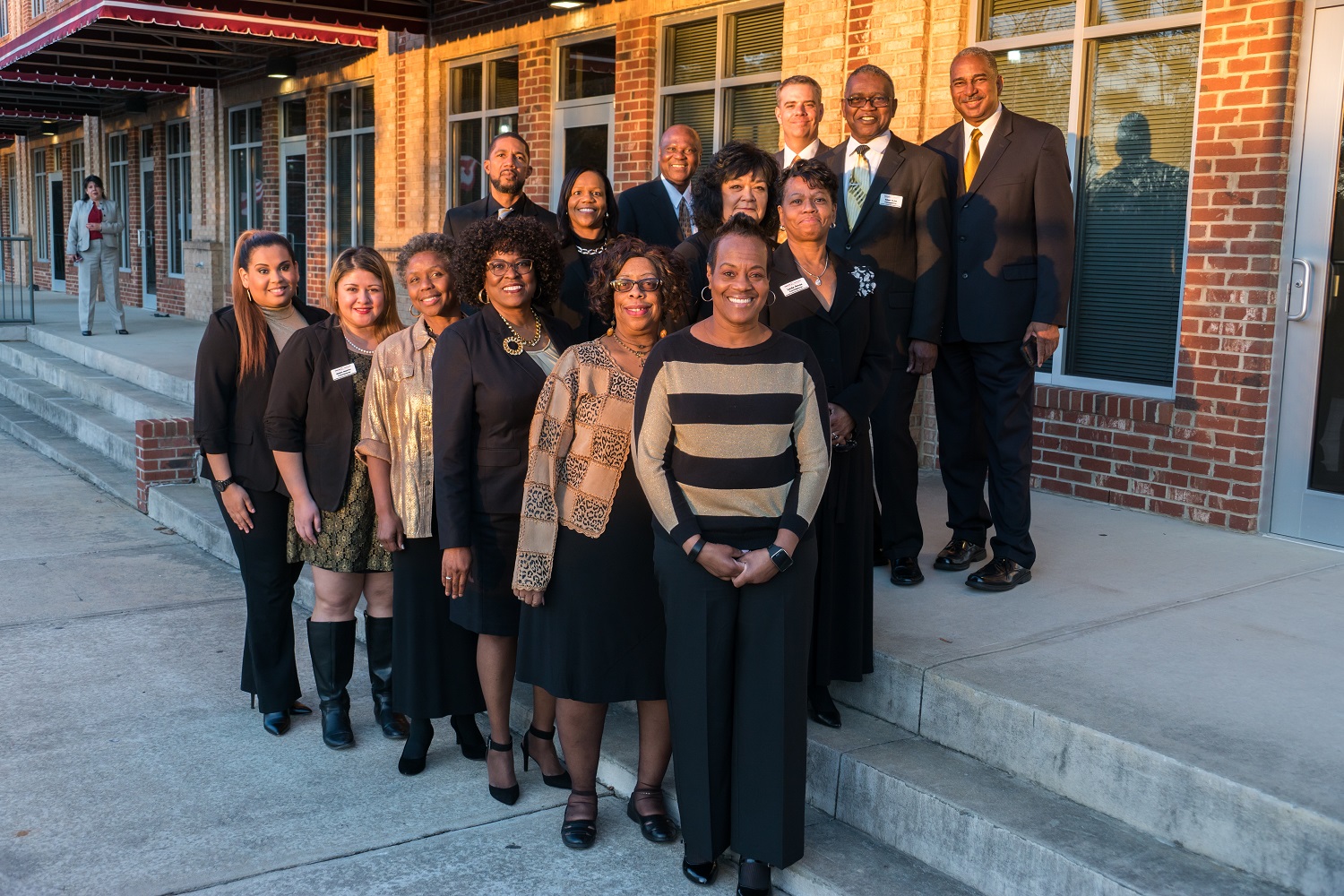 In the early 1960’s, the first bi-racial committee was formed with the objective of identifying greater opportunities and further equality for persons considered the minority. Student demonstrations under the direction of the National Association of the Advancement of Colored People (NAACP) began in May 1963. The committee had made progress during this time, but the student demonstrations accelerated the movement, and increased local attention to inequalities.

On June 30, 1963, Mayor A. Wilbur Clark formed the bi-racial committee in hopes of mediating an amicable resolution between the local council of the NAACP, and to establish strategies for a peaceful desegregation.

On July 19, 1963, the committee issued a report with progressive objectives for desegregation. The report, considered by the local council of the NAACP called for a halt to the demonstrations.

In 1963 Fayetteville moved ahead of other cities in eastern North Carolina by opening “public accommodations” and “tax supported facilities”.

In 1964 the Fayetteville Good Neighbor Council was appointed by the Mayor at the urging of the bi-racial committee to work on equal employment opportunities. In spite of good intentions by the Council, no meaningful work was accomplished. This may have been due to a lack of communication by the Council.

On April 28, 1965, the Mayor’s second bi-racial committee recommended that the incoming Mayor and City Council create, by ordinance, a Human Relations Committee. The Committee was to comprise of nine or more local citizens, and the membership to be drawn from both races. The Committee would advise a small paid staff of at least an Executive Director and a Secretary. The staff was to be set up as a City Department with a budget, and would report to the City Manager, and the Human Relations Committee. The Committee also recommended strong emphasis be placed on all facets of improving race relations, but with particular concentration in the fields of equal employment opportunities and job training. The recommendations were also shared with citizens, professional organizations, Fayetteville Area Chamber of Commerce, and the Downtown Fayetteville Association, etcetera.

Three years later (1968), Council, by ordinance, created the Fayetteville Human Relations Advisory Commission, and the Human Relations Department to represent the City’s efforts to provide channels through which racial tensions may be anticipated, cooperation sought, and amicable resolutions achieved.

The Human Relations Advisory Commission was composed of eleven members who represented a racial, ethnic, and economic cross-section of the citizens of Fayetteville. Additionally, there were two (2) students and one (1) ex-officio member from Fort Bragg. As part of a governmental entity, the Commission was subject to the same supervision, personnel management, operations, and budget procedures that apply to all other City departments.

The Commission was tasked with studying problems of discrimination in various areas of human relations and to encourage fair treatment and mutual understanding among all racial and ethnic groups in Fayetteville. The members of the Commission work without compensation for two-year terms. Commission vacancies were appointed by City Council.

Presently, the Human Relations Commission, by inter-local governmental agreement, the Commission represents the City of Fayetteville and Cumberland County. Known today as the Fayetteville-Cumberland Human Relations Commission, the City appoints eleven members (11), the County appoints four (4), and ex-officio appointments to include one (1) military and one (1) Department of the Army Civilian from Fort Bragg, and one (1) representative from Pope Army Airbase.

Free viewers are required for some of the attached documents.
They can be downloaded by clicking on the icons below.